The Khwai region of Botswana is found on the far western border of the Moremi Game Reserve. Typically one enters the Moremi Game Reserve via South Gate and then one can either drive up north through the eastern side of the Moremi Game Reserve up along the Okavango flood plains until reaching the top of the derivable northern section of the Moremi Reserve and then turning west to Third Bridge, from Third Bridge one can then drive back down south along the west side of the reserve until reaching Khwai Gate and the associated Campsite. There are in fact two campsites at Khwai, there is the main campsite(North Gate, Khwai) right at the Moremi/Khwai Gate and then there is also the Khwai Community Managed Campsite that is found on the opposite side of Khwai river. However, if you have traveled any of the above-mentioned routes the first campsite that you will reach would be the main campsite(North Gate Khwai) found at the Khwai/Moremi Gate this campsite is managed by the SKL Group.

The SKL campsites at Khwai are scattered along the river Khwai, however not all the individual sites are along the river and while some of the sites have large shade trees some other sites have very little shade, this for the most part is not a huge problem however if you are traveling in August/September most trees have lost their leaves making some of the less shaded campsites very hot and uncomfortable. On the up side is that all the sites have stand pipes with running water, as well as large fire pits. The camping grounds are well cleaned, and the ablutions have hot and cold, water showers and although they are a bit on the rustic side they are kept rather clean.

From sunset onwards, one must take particular, care around camp as hyenas and other predators start roaming around and they have no qualms about walking through the camping grounds, the hyenas in particular are very used to people and are very opportunistic. Young children should never be left unattended in camp after sunset, however these are not man-eating animals by nature, hence in general one is quite safe once zipped up safely in one’s tent. By using common sense, staying alert and remembering where you are and that you are in a wild unfenced camping ground will for the most part keep you safe. In fact, the biggest problem that you will encounter at the Khwai campsite from the animals, is the baboons. Unfortunately, over the years some guests to Khwai have ignored common sense and the clear Park and Campsite Instructions not to feed the Baboons or any wildlife, the result is pesky habituated baboons that wrack havoc through out camp with any opportunity that they get. When leaving camp for game drives great care should be taken to ensure that everything is locked away in trailers or tents, also remember that merely zipping closed your tent is not enough to stop these baboons, always make sure that your zips on your tent are tied together or better yet locked together with a padlock. And of course, never feed the wildlife. And never leave your valuables unattended at camp.

There are no shops at the Khwai campsite however at the nearby village of Khwai there are a few small shops, yet unless you are looking for a box of matches or a warm coke don’t depend on these shops for provisioning, so make sure before leaving Maun or Kasane that you are well stocked with everything that you may need for your trip. Also, there is no power points at the campsites so remember to bring car chargers for phones and cameras.
botswana botswana safari Camping exploringbotswana Khwai Botswana khwai camping Maun Botswana Moremi Moremi 2018 Rates North Gate Okavango Delta SKL
Location: Khwai, Botswana 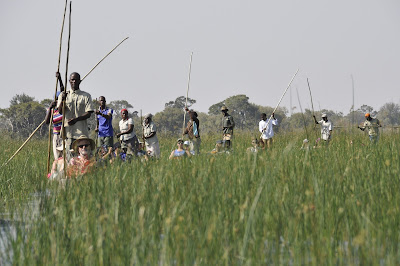 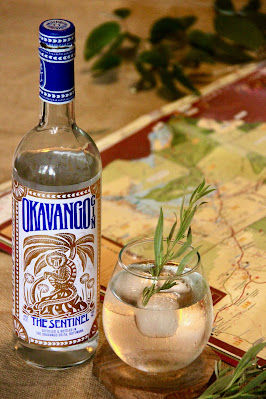